Its Another Tadpole Galaxy!!!

Wow, after discoveing 40 odd dwarf galaxies yesterday I had to stop myself from keeling over when I spotted this galaxy tucked away in the smaller thumbnails of the Hubble 18th anniversary press release. This is something phenomenal. Compare the galaxies below, the first is Markarian 273 and the other is the Tadpole galaxy. Many of the neighbouring galaxies in the field of Mrk 273 share the same morphology as the neighbouring galaxies in the Tadpole field. Just like I predicted. Shame I'm still writing that paper! At the moment I'm too busy grant bid writing to do proper research so I have decided to ban all telly and do research in the evenings whilst grant bid writing and creating educational programmes for IYA 09 during the day. 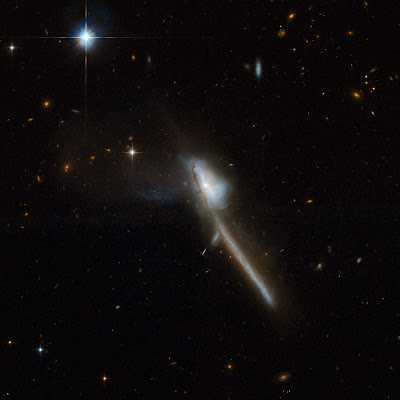 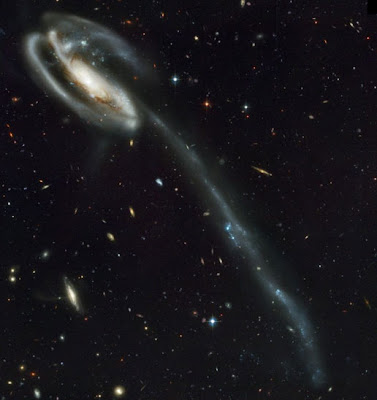 
Outstanding post however I was wondering if you could write a litte more on this subject? I'd be very thankful if you could elaborate a little bit further. Appreciate it! usaa.com login